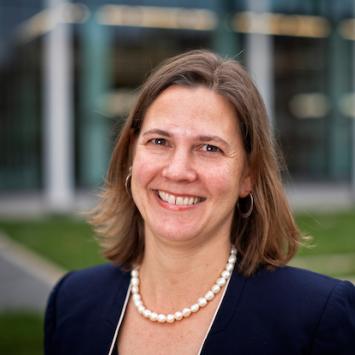 Professor Cortney Lollar holds the Norman and Carole Harned Law and Public Policy Professorship. Professor Lollar teaches and researches in the areas of criminal law, criminal procedure, and evidence, with a particular focus on the intersections among criminal law, remedies, race, gender, sexuality, and social science. Her work has been cited by the U.S. Supreme Court as well as other federal and state courts.

Professor Lollar's expertise in criminal law and procedure have led to her invited testimony before the Department of Defense Judicial Proceedings Panel on sexual assault in the military and Chief Justice Roberts's Ad Hoc Committee to Review the Criminal Justice Act Program (also known as the Cardone Commission). She has provided argument preview and case analysis for SCOTUSBlog, and been quoted by major media outlets, such as the New York Times, Al-Jazeera America and People magazine. Professor Lollar's publications have appeared in top scholarly journals, including the Virginia Law Review, Iowa Law Review, Indiana Law Journal, North Carolina Law Review, and Alabama Law Review, among others.

Prior to joining the faculty of law at University of Kentucky in 2013, Professor Lollar was a clinical faculty fellow at Washington University in St. Louis, where she taught the Criminal Justice Clinic. She previously represented adult and juvenile defendants at the trial and appellate level at the Federal Defender Program in Atlanta, Georgia, and the Public Defender Service for the District of Columbia. She has served as a legal consultant in India for the Initiative for Medicines, Access, and Knowledge, and a research assistant to the United Nations Special Rapporteur on Violence Against Women.

Popular Media
Back to Tabs