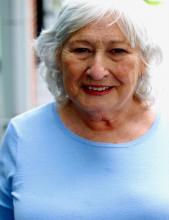 Marianna Jackson Clay was the first woman valedictorian of the University of Kentucky College of Law in 1978. She graduated with High Distinction and Order of the Coif and served as comments editor of the Kentucky Law Journal.

Following her appointment as first assistant, Clay was named senior litigation counsel for the Eastern District of Kentucky. In 2009, Clay was appointed assistant director for civil litigation instruction at the National Advocacy Center in South Carolina, a residential training facility for Department of Justice attorneys nationwide.