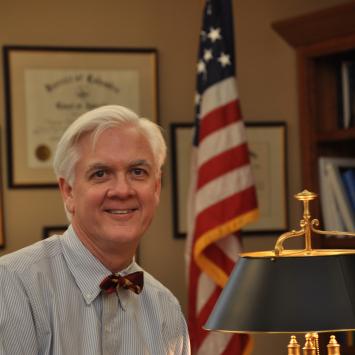 Judge Gregory F. Van Tatenhove has served as a District Court Judge in the Eastern District of Kentucky since his confirmation by the United States Senate on December 21, 2005. Prior to his appointment to the Court, Judge Van Tatenhove served over four years as the United States Attorney for the Eastern District of Kentucky. He has been an adjunct professor at the College of Law since the Spring Semester of 2017, where he teaches Crime and Punishment: Sentencing Policy and Procedure (LAW 902). Judge Van Tatenhove is presently a member of the University of Kentucky College of Law Board of Visitors as well as the Henry Clay Memorial Foundation board. Past service includes a term as President of the Asbury University Alumni Board and Vice-Chair of the Asbury Board of Trustees. He is also a Member of the Kentucky Bar Association Commission on the Future of Law Practice.