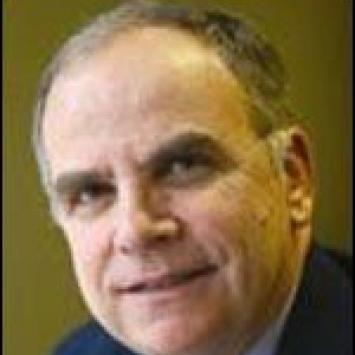 John Marshall Rogers is a Circuit Judge on the United States Court of Appeals for the Sixth Circuit.  Before joining the court and taking emeritus status at UK, he was a Professor of Law at the College, where he  taught since 1978.   He practiced as an appellate attorney in the Civil Division of the United States Department of Justice, in Washington, D.C. from 1974 to 1978. He served as a visiting professor at the Department of Justice from 1983 to 1985. Judge Rogers was twice a Fulbright Senior Lecturer in the People's Republic of China, in Beijing in 1987-88 and in Guangzhou in 1994-95.

Judge Rogers is a Phi Beta Kappa graduate of Stanford University and a Coif law graduate of the University of Michigan, where he served on the iMichigan Law Review. Professor Rogers' publicattions on international, constitutional, and administrative law have appeared in journals such as the Duke Law Journal, theMichigan Law Review, and the American Journal of International Law.  He has co-authored a casebook on Administrative Law with Professors Healy (UK) and Krotozinski (U. Ala.).  His book on the interplay of international and domestic law is entitled International Law and United States Law (Ashcroft 1999).

Judge Rogers served as the College's Associate Dean for Academic Affairs from 1991 to 1994.