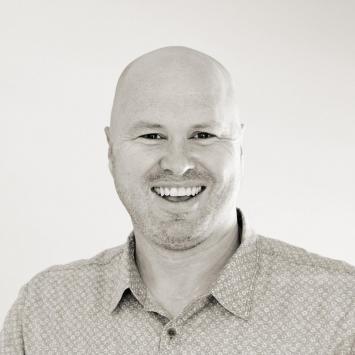 Professor Jonathan David Shaub joined UK Rosenberg Law as an Assistant Professor in Fall 2020. Shaub’s research focuses on the Constitution’s separation of powers, presidential power, the role of the judiciary, and congressional oversight. At UK Rosenberg Law, he will be teaching Federal Courts and Constitutional Law I & II.

Shaub’s scholarship has been published in the Duke Law Journal, University of Richmond Law Review, and Harvard Journal on Legislation, among other places. He is also a contributing editor to the Lawfare blog, which provides accessible legal commentary on current constitutional and national security issues. Shaub has been quoted in the Wall Street Journal, Washington Post, and Time, among other places, and he has been a guest on NPR’s “This American Life” and “Morning Edition” to discuss executive privilege and related issues.  His writing has also appeared in The Atlantic.

He joins UK Rosenberg Law after serving in both federal and state government. From 2014 to 2017, he worked as an Attorney-Adviser in the Office of Legal Counsel at the U.S. Department of Justice, where he provided legal advice to the President and executive branch agencies and worked extensively on issues related to congressional oversight.  Following that, he served as Assistant Solicitor General for the State of Tennessee, in which capacity he litigated cases in the Tennessee Supreme Court, U.S. Supreme Court, and U.S. Court of Appeals for the Sixth Circuit.  Prior to his government service, Shaub also worked in the Supreme Court and Appellate litigation group at Hogan Lovells US LLP.

Shaub earned his law degree from Northwestern Pritzker School of Law, where he served as Executive Articles Editor for the Northwestern University Law Review. After graduation, Shaub clerked for the Honorable Paul V. Niemeyer on the U.S. Court of Appeals for the Fourth Circuit and was selected as a Bristow Fellow by the U.S. Solicitor General’s Office.

He received his B.A. from Vanderbilt University, where he earned double majors in philosophy and religious studies and had minor concentrations in both English and Astronomy. Shaub also played safety for the Vanderbilt Commodores football team. Although he ultimately went 1-2 against Kentucky as a player, he did register an interception in his final game in Lexington. He’s ecstatic to be at University of Kentucky, which is also the alma mater of his grandfather, Joseph C. Ross.

A Foucauldian Call for the Archaeological Excavation of Discourse in the Post-Boumediene Habeas Litigation, 105 Nw. U. L. Rev. 869 (2011)

"The D.C. Circuit Got History Wrong in its McGahn Decision," Lawfare, https://www.lawfareblog.com/dc-circuit-got-history-wrong-its-mcgahn-decision

“Executive Privilege Should Have No Power When It Comes to an Impeachment,” The Atlantic, https://www.theatlantic.com/ideas/archive/2019/11/no-executive-privilege-in-impeachment/602044

“What Is a ‘Protective’ Assertion of Executive Privilege?” Lawfare, https://www.lawfareblog.com/what-protective-assertion-executive-privilege