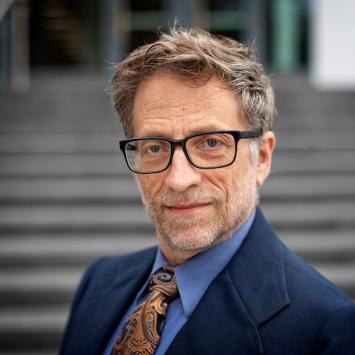 Before coming to the University of Kentucky, Professor Donovan was a member of the library teams at the University of Georgia School of Law Library and at the Tulane University Law School. He has held an adjunct appointment to the UGA Department of Anthropology, for which he taught legal anthropology. Published books include Legal Anthropology: An Introduction (AltaMira Press, 2008), and Anthropology & Law (Berghahn, 2003). He also served as editor-in-chief of the AALL publication Sexual Orientation and the Law: A Research Bibliography (2006). Additional work in the areas of sexual orientation law, religion and the law, and law as a species of regulatory social norm has appeared in a number of law reviews and peer-reviewed journals. His substantive legal research complements his ongoing researches in library topics such as the role of digital institutional repositories in law schools, librarianship as a profession, and the future role of the library as a social institution within this age of Google.