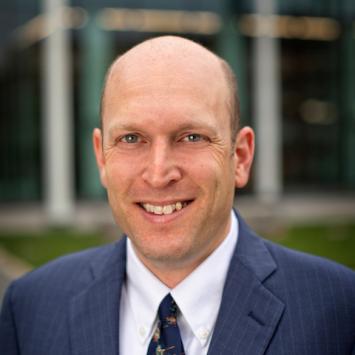 Professor Joshua A. Douglas teaches and researches election law and voting rights, civil procedure, constitutional law, and judicial decision making. He is the author of Vote for US: How to Take Back our Elections and Change the Future of Voting, a popular press book that provides hope and inspiration for a positive path forward on voting rights.

His most recent legal scholarship focuses on the constitutional right to vote, with an emphasis on state constitutions, as well as the various laws, rules, and judicial decisions impacting election administration.  He has also written extensively on election law procedure.

He is also a co-author of an Election Law case book (Aspen Publishers second edition 2021) and a co-editor of Election Law Stories (Foundation Press 2016), which tells the behind-the-scenes stories of the major cases in the field. In addition, his media commentaries have appeared in the New York Times, CNN, Washington Post, LA Times, USA Today, Reuters, Politico, The Atlantic, Huffington Post, and Slate, among others, and he has been quoted in major newspapers throughout the country. He appeared live on CNN on Election Day 2016.

Further, he was the founder and initial Chair of the AALS Section on Election Law.

Prior to joining UK, Professor Douglas clerked for the Honorable Edward C. Prado of the U.S. Court of Appeals for the Fifth Circuit and practiced litigation at the law firm of Akin, Gump, Strauss, Hauer & Feld. Professor Douglas earned his J.D. from George Washington University Law School, where he was an articles editor on the GW Law Review.

Scholarship is available for download at Joshua A. Douglas's SelectedWorks page.

Advocacy
Back to Tabs