Prior to entering academia, Bradley practiced law for a number of years with several law firms, including a large international firm and a small litigation and bankruptcy firm. Bradley also served as a law clerk for the Honorable Patrick E. Higginbotham of the United States Court of Appeals for the Fifth Circuit and for the Honorable Tony M. Davis of the United States Bankruptcy Court for the Western District of Texas.

Zachary Bray is appointed as an Associate Professor of Law. He was a Visiting Assistant Professor during the fall of 2015, when he taught Administrative Law and Real Estate Transactions at the College of Law. A Lexington native and a graduate of the Yale Law School, Bray has worked since 2010 at the University of Houston Law Center, where he has been recognized with a university-wide Provost’s Teaching Excellence Award.

Bray’s research on private land trusts, low-income housing, the Endangered Species Act, groundwater conflicts, and religious land use has been published in the Brigham Young University Law Review, the Maryland Law Review, the Utah Law Review, and the Harvard Environmental Law Review. He has taught classes on Property, Natural Resources, Real Estate Transactions, Water Law, Land Use, Administrative Law, and related writing seminars. Prior to entering academia, Bray worked for the Honorable Jennifer B. Coffman of the U.S. District Court for the Eastern and Western Districts of Kentucky, for the Honorable Carolyn Dineen King of the United States Court of Appeals for the Fifth Circuit, and as an attorney at Munger, Tolles & Olson LLP in Los Angeles, California.

Wendy Greene will be a Visiting Professor during the spring 2017 semester. She teaches Constitutional Law, Critical Race Theory, Employment Discrimination, Employment Law, Equitable Remedies, Race and American Law, Real Property, and a specialty course on Workplace Appearance Discrimination, Dress Codes, and the Law. Internationally recognized for her authoritative body of work on “grooming codes discrimination,” Greene is also an expert on “misperception discrimination” in the workplace as well as comparative slavery and race relations in the Americas and Caribbean. Her widely cited scholarship appears in reputed general and specialty law journals and has shaped the legal positions of the EEOC and federal and administrative law judges in race discrimination cases.

Amelia Landenberger will serve as the new Outreach Librarian. She is from a small town called Suffield, located near Akron, Ohio. She is a graduate of three universities in Ohio, with a B.A. in French from Case Western Reserve University, a J.D. from The Ohio State University, and an M.L.I.S. from Kent State University.

She was fortunate enough to be able to study abroad three times: she spent a semester studying French language, literature, and art in Paris, France, during her junior year, and during law school she participated in both the summer and spring semester programs studying international and comparative law in Oxford, U.K.

Landenberger spent the past year working as the Law Library Fellow at the University of Colorado’s William A. Wise Law Library in Boulder, Colorado. Prior to that, she gained experience working in five different libraries, including a law library, a medical school library, and her local public library. She has wanted to be a librarian since she was sixteen years old.

Leslie M. MacRae will be a Visiting Professor for the 2016-17 academic year. After 28 years at Penn State University Dickinson School of Law, MacRae became a professor emeritus of law in 2011. He began his career at the Law School in 1983 and taught administrative law, agricultural law, animal law, environmental law, land-use law, natural resources law, property law, trusts and estates, and Native American law. From 2003 to 2005, MacRae served as director of the Agricultural Law Resource and Reference Center and on the Maurice K. Goddard Chair Advisory Committee.

MacRae earned his juris doctor degree from Baylor in 1973, a master of laws degree from the University of Miami School of Law in 1977, and a master of laws degree from Temple University Beasley School of Law in 1983. He began his legal career in private practice in his hometown of Waco, Texas, and then served as Assistant Attorney General of the Marine Resources Division in Maine and the Natural Resources Division in Texas. He earned a bachelor’s degree in history from the University of Virginia in 1971.

Michael D. Murray will be a Visiting Professor for the 2016- 17 academic year. He has been teaching law for eighteen years at the University of Michigan, the University of Illinois, Saint Louis University, and Valparaiso University. His primary courses have been Advocacy, Art Law, Legal Research and Writing, and Professional Responsibility, but along the way he has taught Civil Procedure, Damages and Equity (Remedies), Employment Law, and First Amendment and Censorship. Prior to teaching, he practiced intellectual property, corporate and commercial, and products liability litigation at Bryan Cave law firm in St. Louis, and clerked in the United States District Court for the Eastern District of Missouri. He is a member of the Illinois and Missouri Bars.

Murray's scholarship draws from his interest and experience in legal writing, rhetoric, and advocacy, and in art law, intellectual property law, and freedom of expression. 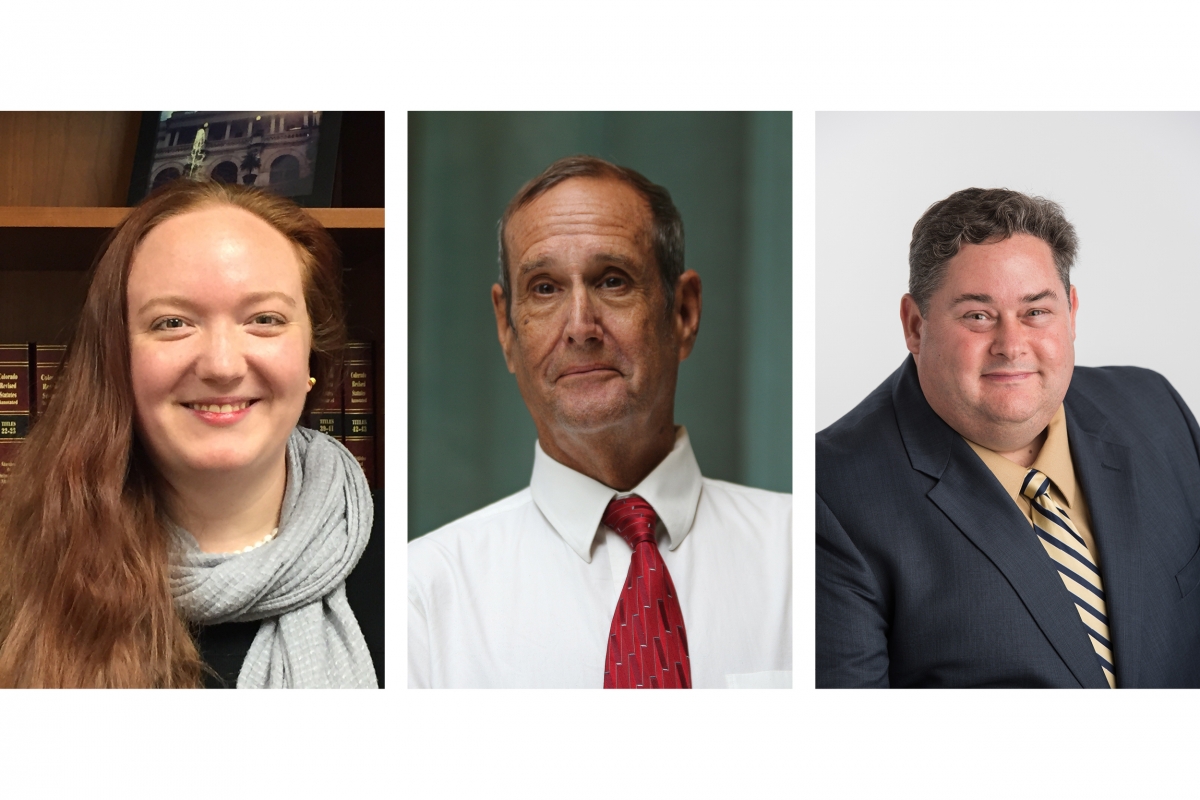 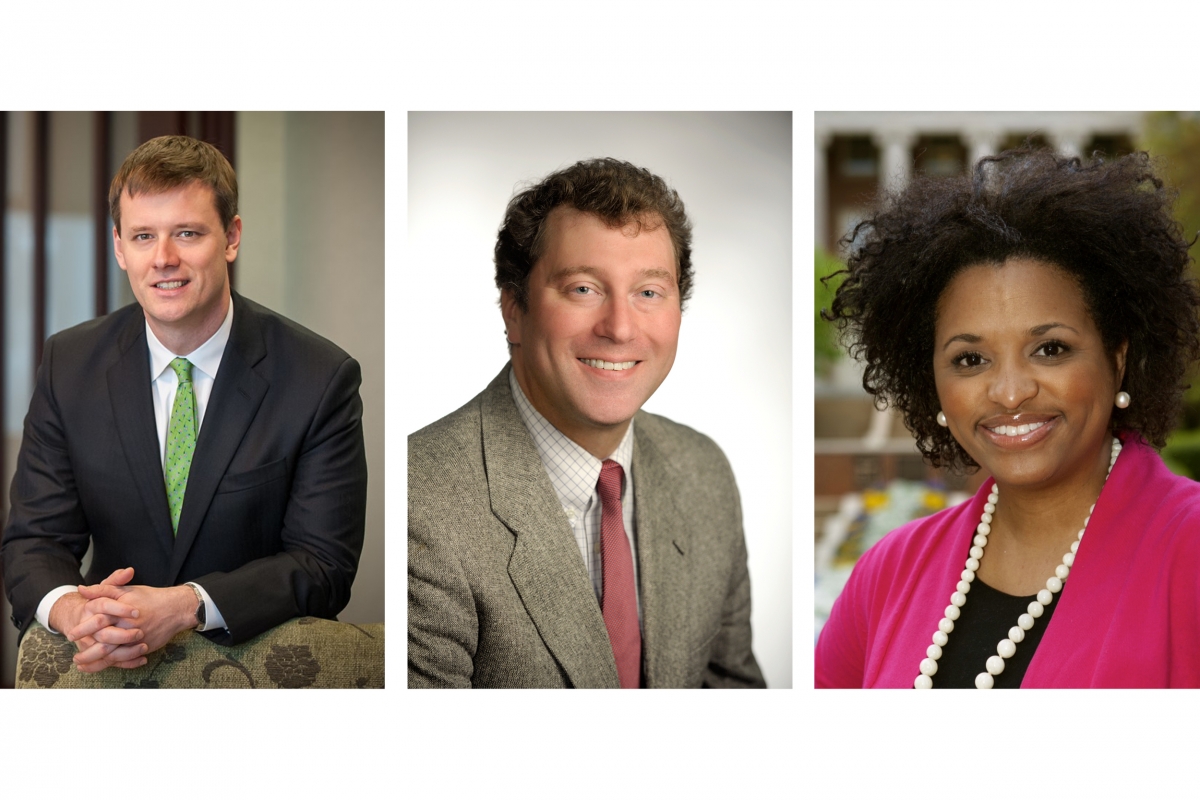